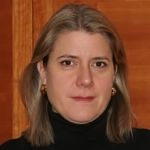 Ana Beltran is an attorney, Special Advisor to Generations United, and the former Director of its National Center on Grandfamilies.  In her role as Special Advisor, Ana heads Generations United’s collaboration with the ABA Center on Children and the Law and Casey Family Programs that created and maintains the Grandparent State Law and Policy Resource Center at www.grandfamilies.org.  In addition to providing an extensive database of state laws and legislation affecting grandfamilies for all 50 states and the District of Columbia, the Center also provides technical assistance on the breadth of kinship care issues.  Ana frequently speaks about the strengths and challenges of these families at conferences around the country, and through radio and television interviews.  Among her presentations, she helped design and implement a satellite training on affordable housing issues for staff at the U.S. Department of Housing and Urban Development, and was featured at several Capitol Hill briefings and as the keynote speaker at the Smithsonian Institution premiere of the documentary Big Mama.  While Director and as Advisor, Ana has worked to help enact and implement several federal laws to support the families, including the National Family Caregiver Support Program, LEGACY, and the Fostering Connections to Success and Increasing Adoptions Act.  She has also authored many Generations United reports and several articles in various publications and academic journals, including GrandFamilies: The Contemporary Journal of Research, Practice and Policy,The Journal of Family Social Work, The Gerontologist, The Public Policy and Aging Report, and The Journal of Gerontological Social Work. Ana is a graduate of Indiana University/Bloomington and Georgetown University Law Center.  As someone who was raised in part by her grandmother, Ana has a personal commitment to the families.