Dr. Cliff Singer is a psychiatrist and geriatrician. He has been a physician, teacher and researcher for more than thirty years and currently serves as Chief of Geriatric Mental Health and Neuropsychiatry at Acadia Hospital and Eastern Maine Medical Center in Bangor and an Adjunct Professor at the University of Maine. He leads a multidisciplinary team in the Mood and Memory Clinic at Acadia Hospital and is principal investigator for the Acadia/Eastern Maine Medical Center’s Alzheimer’s disease clinical trials program. He trained in general psychiatry and geriatric medicine at the Oregon Health and Science University and Portland VA Medical Center and served on the psychiatry and neurology faculty from 1988 to 2005. He was the founding president of the Oregon Geriatric Society and received an award in 2005 from Oregon Department of Human Services for service to older adults in Oregon with mental illness and dementia. Dr. Singer is President-elect of the Dirigo Maine Geriatric Society, and was named “Teacher of the Year” by the EMMC Family Medicine residents in 2016. In 2018, he was named Distinguished Fellow of the American Psychiatric Association and a Fellow of the American Geriatric Society. He received the Eastern Maine Medical Center Annual Award for Clinical Research for his achievements in improving the care of patients with Alzheimer’s disease and their families in Maine through research and clinical work. He has made national and regional television and radio appearances speaking on topics related to aging. He has published 38 papers and 19 book chapters and given more than 330 presentations at regional and national meetings. He has been selected by peers to “Best Doctors in America” every year since 2004. 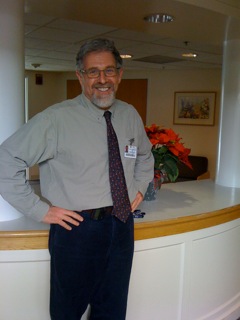